When I was missioned to study theology at the Boston College School of Theology and Ministry, I had immediate expectations: an excitement to plug into a vibrant Irish music scene, lots of opportunities to play at Irish dancing competitions, access to wonderful academic resources, and the vibrant cultural life afforded by living in a major city.

What I didn't expect to discovery my mortal foe, my great nemesis. Sure, history is full of great rivalries: 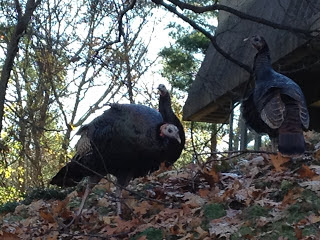 Hulk Hogan had Andre the Giant.

Batman had the Joker.

Me? Well, I have....the wild turkey. Not the kind you drink, either.

I can't recall if I heard about the turkeys before I saw them or if it sort of happened at the same time. One paper's headline reads "Wild Turkeys terrorize Massachusetts." You may read this and think, "You've got to be kidding. These are turkeys, not zombies." 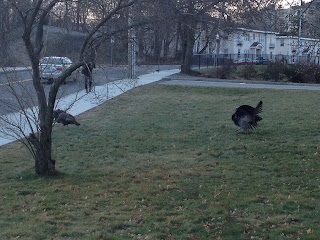 Well, here's the difference. It's probably quite socially acceptable to fight a zombie. I mean, if a recognizable zombie attacked you or your family you'd be well within your rights to bludgeon it about the head, decapitate it, or take some measure of action to protect you and your loved ones.

Such a course of action is not permitted in treating these turkeys. If zombies attacked, I'd be regarded a hero for defending my house with aggression. If, however, I go running about after the turkeys with a a machete or club, someone will undoubtedly call the news, the police, and the Animal Protective League (possibly in that order, too). 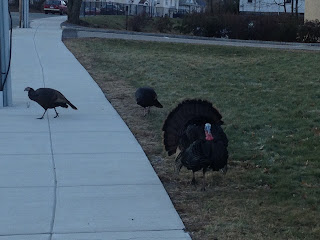 I think they know that they are immune to attack from humans. They strut about, holding up traffic as they cross the street. They saunter over to our bird feeder and eat rapaciously, leaving little "mementos" on our lawn and sidewalk. If one is not careful upon approaching the house, one may well track some of this memento in with him.

The other morning, during a downpour, I could not get out one of our doors because one of the turkeys barred the way. You might think, "Just throw the door open and it'll move." Well, it won't. These things are, in the immortal words of Father Clifford, "Arrogant." It stood there, unblinking, as I tried to get out. I'm only grateful I made it to another exit before it, or one of its friends, could intercept me. 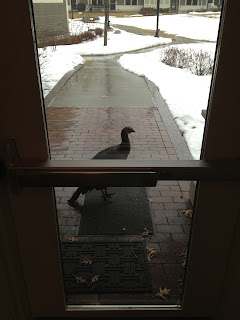 Indeed, they act as a herd. Just the other morning, as I was walking to class, I saw a gang of three menacing a poor little Chinese boy on his way to school. This prompted me to take a photo. By the time I retrieved my cell phone from my bag and started to snap pictures, their attention had turned fromt the boy to me. As you can see, I held my ground long enough to get a picture of the big one heading for me. I scrambled away soon after, unscathed.


They, as a sign of their unsurpassable power, proceeded to cross the street slowly, holding up traffic in both directions on Foster Street.

Make no mistake: I'm not going to take this lightly. They may have the law and do-gooders on their side, but I have a few tricks up my sleeve. Just as they plot from their perches, so shall I conspire from my cave. I thought scripture, or metaphysics, might pose the greatest challenge to me this year...but I was wrong.

So were the Chinese. They think it's the "Year of the Water Snake." I beg to differ.

It's the year of the Turkey. 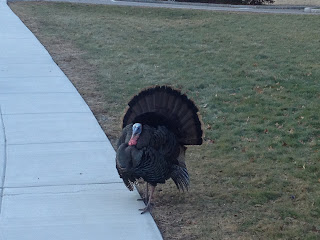 Did you know that Ben Franklin wanted to make the wild turkey the national bird?

Perhaps he had a prophetic vision for the new country-

Take are and God Speed on your walk to class-