Since so many are searching for information on the Society of Jesus, here's information that may help
From www.jesuit.org 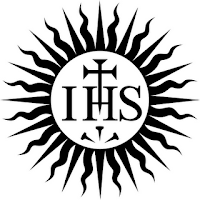 What is the Society of Jesus?
The Society of Jesus is a religious order of the Roman Catholic Church, founded by St. Ignatius of Loyola. The Jesuits are the largest male religious order in the world, with approximately 19,000 members internationally.
How was the Society of Jesus founded?
Ignatius of Loyola founded the ‘Company of Jesus’ with six others (Francisco Xavier, Pierre Faber, Alonso Salmerón, Diego Laínez, Nicolás Bobadilla and Simão Rodriguez) and took their first vows at a Mass at Montmartre in Paris in 1534. In 1537 they traveled to Italy to receive permission from Pope Paul III for the religious order. Later that year, Ignatius and his companions were ordained to the priesthood in Venice, Italy. On September 27, 1540, at the Palazzo San Marco in Rome, Pope Paul III signed the Bull “Regimini militantis ecclesiae,” establishing the Society of Jesus officially as a religious order.
How is the Society of Jesus organized?
Jesuits around the world are organized into 91 geographic areas called provinces governed by a provincial superior who is appointed by and reports directly to the Society’s Superior General. Jesuit provinces are grouped into 10 regional “assistancies,” each with an “assistant” to Father General in Rome. In the United States, ten provinces form a single assistancy.
Who is the current Superior General of the Society of Jesus?
On January 19, 2008, Father Adolfo Nicolás, SJ, moderator of the East Asian Assistancy, was elected 30th Superior General of the Society of Jesus.
Where does the name Jesuit come from?
It was first applied derisively to the Society, meaning “one who used too frequently or appropriated the name of Jesus.” While never employed by its founder, members and friends of the Society in time appropriated the name in its now positive meaning.
What are the vows that Jesuits take? What is the fourth vow?
Poverty, Chastity and Obedience. The fourth vow is of obedience to the Pope with regard to mission.
What is the formula for the four solemn vows that Jesuits take?
I, (name), make my profession, and I promise to Almighty God, in the presence of his Virgin Mother, the whole heavenly court, and all those here present and to you , Reverend Father (Provincial, Rector, etc.) representing the Superior General of the Society of Jesus and his successors and holding the place of God, perpetual poverty, chastity and obedience; and, in conformity with it, special care for the instruction of children, according to the manner of living contained in the apostolic letters of the Society of Jesus and its Constitutions.
I further promise a special obedience to the Sovereign Pontiff in regard to the missions according to the same apostolic letters and Constitutions.
Place (name), in the Church of (name), on the date of (date)
(Signatures of the one making vows and the one receiving them).
Do Jesuits have a formal habit?
Jesuits do not have an official habit. In the Constitutions of the Society, it gives these instructions concerning clothing; “The clothing too should have three characteristics: first, it should be proper; second, conformed to the usage of the country of residence; and third, not contradictory to the poverty we profess…” (Const. 577)
Historically, a “Jesuit-style cassock” became standard issue: it wrapped around the body and was tied with a cincture, rather than the customary buttoned front, a tuftless biretta (only diocesan clergy wore tufts), and a simple cape. As such, though Jesuit garb appeared distinctive, and became identifiable over time, it was the common priestly dress of Ignatius’ day. During the missionary periods of the Continental Americas, the various American Indian tribes referred to Jesuits as “Blackrobes” because of their black cassocks. Today, most Jesuits wear the Roman collar tab shirts in non-liturgical, ministerial settings.
What is the IHS?
IHS is derived from the first three letters of the Greek name of Jesus, iota-eta-sigma. IHS is also featured in the Jesuit crest.
What is AMDG?
AMDG is the abbreviation of the Latin phrase: “Ad maiorem Dei gloriam.” In English this translates to “For the greater glory of God.”
Does the Society of Jesus have a women religious order or lay third order?
The Jesuits do not have a female religious component in the Society. However, there are a number of congregations of women religious that have modeled themselves on Ignatian Spirituality, such as the Congregation of the Sisters of St. Joseph, the Handmaids of the Sacred Heart of Jesus, etc.
General Congregation 34 launched a small scale project into a third order type relationship, but at General Congregation 35, the project ended (See GC35 Decree 6, Paragraph 58). The Jesuits do have many lay partners that are integral in numerous Jesuits works such as Apostleship of Prayer, Christian Life Communities, Jesuit Volunteer Corps, Ignatian Volunteer Corps, among others.
at March 14, 2013