You probably have got a typo there - I think the gospel is called "The Forgiving Father" (or possibly The Loving Father) - I don`t recall God described as being prodigal in the bible ;-)

This caused me to pause. Had I erred in the post? Or is this an instance of confronting the limitations of human language about God?

Herbert McCabe draws a distinction between static words and growing words. Static words are basically words like "jam jar" and "stapler" and "chair" - nouns whose meaning remains stable over time. My nephew Quinn can learn (probably by getting his hand stuck in it) the meaning of the word "jam jar" and in twenty years, the meaning of "jam jar" will probably be relatively the same. This is quite probably a good thing: we live out our lives surrounding by common objects, objects with rather stable names attached to them.

Yet there is another category of words he calls "growing words." These are words whose meaning changes over time. For a child of six, the word 'love' means something like 'is nice to me.' For a woman married fifty years, the word has a different meaning, a meaning that has grown over time. 'Forgiveness' for a teenager may mean "I am no longer grounded." For an adult, the same word has grown to mean "Healing of a relationship threatened by my thoughtlessness or callousness."

A 'growing word' indicates that there is a category of language that isn't quite pinned down and neat. Some of our words - love, beauty, grace, forgiveness, friendship, sorrow, etc. - change over the years, gaining new and deeper meanings, subtlety and nuance, with time and maturity. 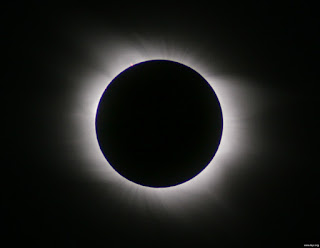 It is true that the Gospel does not label God as prodigal. The word itself bears the meaning of 'spending extravagantly.' Can we not, however, see the prodigality of God in our experiences of grace? Those times when I have wandered far and feel the deep longing for communion, am I not embraced prodigally by the Father's embrace? When I see the bountiful harvest in places where women and men strive courageously to live out the Gospel, am I not a witness to the prodigality of grace? Calling God prodigal does not indicate that he wastes his love...it means only that he doles out grace recklessly and lovingly.

When we speak of God, we must have a care to realize that our language is always frayed about the edges. Our words, even when applied literally to God, are limited. I know the meaning of 'good' or 'true' and I speak well of God when I use these words. Yet my notion of 'good' and 'true' is still growing, still evolving, and although I speak rightly of God, I do not speak exhaustively. The mystery of God is not evacuated through any of my words. Hence it is that in prayer and contemplation, I find myself falling silent when confronted with this Mystery. Rather than filling the void with my words, I surrender to the quiet stillness and know the One who defies being captured by language and into whose depths I desire to plunge myself ever more deeply.
at March 11, 2012

You may be on to something, brother (or is it now Father?) Ryan. I received the sacraments of Eucharist and Confirmation one year ago this Easter, and I'm currently thinking about discerning a vocation into the Order of Friars Minor. ... I also like folk music, especially the sound of a well-played wind instrument. I stumbled upon your youtube channel last night and (on a whim) googled your name and got here. I read this post (which was on top) and a couple of others, and then wandered off to some other corner of the internet.

Well, today at Barnes & Noble, I was looking through their books on Christianity (not "Bibles" or "Christian Fiction" or "Christian Inspiration") and found a book called "The Prodigal God". It immediately reminded me of this post, so I took it out for some reading.

Keller, of course, writes about the parable of "the Prodigal Son". In the Introduction, he mentions that the name "Prodigal Son" is not given to the parable by the text of the Bible itself, so reading it and thinking we're reading about "the Prodigal Son" partially distorts our understanding of the story. He then defines prodigal ("spending extravagantly," as you mentioned) and gives the (partially modified) NIV translation of the Holy Gospel according to Luke 15: 1-3, 11-32.

After that, he takes into account a point I had not considered: the audience of this parable directly parallels the main characters of the parable. The tax collector-types mirror the younger son and the pharisees mirror the elder son. He goes on to say that these two groups are representative of two groups of society: one which over-values moral rectitude (elder brothers) and another which over-values freedom from societal norms (younger brothers). You could also call these people the culture and counter-culture, such as the culture of the bourgeois and the counter-culture of the bohemians.

That said, it is well-known that Jesus thinks that the younger brother's condition at the end of the parable is preferable to the elder brother's. The younger brother came to the father with a penitent heart and gained entry to the feast. The elder brother, enraged by this, did not go to the feast until (perhaps not even after) the father came out personally to invite him, because he considers it unfair that the father would spend so extravagantly (prodigally) for the younger son.

In other words, there are two ways to be separated from God: one way is to fling yourself into the pleasures of self, and another is to fling yourself into a miasma of morality. Jesus argues that the second is more dangerous, because pharisee-types have a harder time accepting that they may be separated from God. They may strive to do good things so to put God in their debt; they work for God's favor instead of working purely for the love of God.

In short, they lack the poverty of spirit.

So, yes, this parable does tell of God's prodigal love for us, a love that is never-ever exhausted, but it also redefines sin, so that sin incorporates self-righteousness, moral indignation toward God, and several other hidden sins that a strict moralism might beget. The solution to the parable is that we should strive not to be like the younger son, who takes his father's love for granted, nor like the elder son, who becomes enraged when the father is "too kind" (what a ridiculous idea) to the younger son. We should strive to be like the father, loving unconditionally, being unconditionally grateful, and never tiring from the "labor" of loving or giving, which are the true works of God.

St. Patrick's Day isn't until tomorrow, but have a happy one all the same! I would enjoy talking with you more about theology or vocations. I'm not sure whether Google+ has a private messaging tool or whether we just have to e-mail.

Thank you for your thoughtful response. If you wish to contact me directly, it is my full name (ryan) followed immediately by (duns). It is a gmail address. I suspect you understand my reasoning for pulling the address apart - I don't need any more spam than I already have!

Wow, I definitely stand corrected here!
After living with my English speaking husband for many years I thought I knew all about your language - and automatically assumed that the parable has the same title as in German, where it is called "The lost Son" or "The loving/forgiving Father". I couldn't be bothered to look up "prodigal" in the dictionary... But the English title is really much better for that parable!!
And I'm glad you made such a great article out of my arrogance!