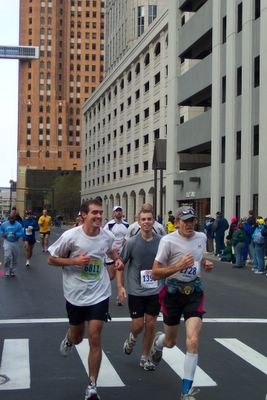 Eric and Drew running in the Detroit Marathon. Would you believe that really old people beat these two spry young men? Eric and Drew aver that "it's endurance! They train a lot." I suspect, though, that these two aren't the athletes they thought...especially as women and men as old as Grandma Hagan beat them!

I did not see you running. You must be so fast that I missed it!