Did the Pope Just Kill Christmas?? 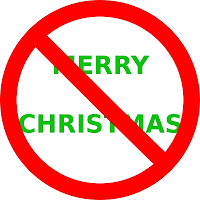 Not quite. As is my custom, I glanced at CNN's website this morning and saw the headline "Pope's Book on Jesus Challenges Christmas Traditions" and, of course, had to read it. In a rare move, I even watched the video at the top (I'm generally a read-the-text guy).

Now, before you start packing up the Creche scene that has been out since Halloween or delete the Christmas music from your play list, it bears reminding: the Holy Father is not seeking to destroy Christmas. Indeed, there is nothing in the CNN story that hasn't been known before by anyone who has done any contemporary Bible study. A few things:


I have to admit, reading the comments on the CNN site is pretty trippy. For the life of me, I cannot get my head around the position of people who think that the person of Jesus is a complete historical myth. Scholars pretty much universally agree that Jesus existed. Who he was and what he meant and means, well, that's a totally different story. I say scholars because most of the people who think that "Jesus" is simply a mythic figure, like Zeus or the Tooth Fairy, seem to be crackpots. That said, let me swing in another direction: I think equally blockheaded those people who think the earth is only several thousand, or million, years old. In my mind, people who reject that there was a Jesus or reject the science of evolution are fellow travelers in the fantasy elevator. Both, that is, willfully ignore history and critical thinking in order to rest within the safety and security of their myths.

Should we cancel Christmas? What do we do with the Creche? To the first: No. In the shadow of the solstice, December 25th falls on the uptick of sunlight in our days: even in the darkest time of year, we know that the light is growing in strength. That it might not be the exact date of Jesus' birth is not a problem, for we are celebrating the event of God's entrance into human history, God telling us through Jesus' life who God is and what God is all about...unfortunately, we kill Jesus because of this proclamation. And the Creche? Well, keep that, too. In the dark night of the savior's birth, there's something beautiful about the idea that all of creation rejoiced, that not only his parents but also foreigners and shepherds, angels and animals, took notice of his birth. The incarnation celebrates God's entrance into humanity, into history, on our planet. The Word of God didn't just create humans; the creative Word called all that is into being...even the animals. While it may not be directly scriptural, there's something touching about considering all of creation celebrating the arrival of the Word made Flesh. 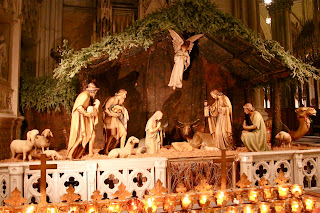 One thing many of the articles on this has got wrong is that the Pope does not address the date of Christ's birth at all. Only that it was an earlier year than the traditional dating and even then he is not specific and just sets forth alternative time frames.

The CNN article was disastrously wrong in some places - no surprise. Fro example the Pope did not "debunk" at all the singing of the Angels at Christ's birth - in face if anything he said that when they "talked" to the shepherds they were still singing.

That's right - he didn't mention the specific date, although I included it in my post simply because it tends to come up frequently. It's sad that this is another instance of 'sensationalizing' something that really isn't so remarkable: much of this has been known for decades, if not centuries!

I always thought that Dec 25th was chosen to please the pagans who celebrated the Solstice around then. It meant that they didn't lose a special day.

I'm sure that the Romans would have been keeping records of their potential slave stock. One day someone will dig up that piece of stone....

The way I see it, Jesus could have easily flown around and performed more impressive miracles. Then he would definately have been considered a myth long ago.

It's fascinating to note that non believers get so hot under the collar..