It is with great joy, and tremendous relief, that I can share that I've been accepted to Boston College's doctoral program in systematic theology. I interviewed almost two weeks ago and heard yesterday afternoon. Throughout my years of Jesuit formation, it has become increasingly clear to me that I have both a desire and passion for higher studies in theology and I'm so enormously grateful that I will have the opportunity to begin these studies.

I'll spare you the details of exactly what I hope to study: in addition to being boring to most people, it changes within me each day!

I will share, however, why I love studying theology.

I love the study of theology because it was through the guidance of a theologian that I learned to pray. Years ago, when I was in college, I bought a copy of Karl Rahner's The Need and Blessing of Prayer. As I recall, I was a senior in college and my roommate was working overnight shifts at a local FedEx. One evening, after I'd finished studying, I took a notion to make my first foray into Rahner.

Within pages, I found a short passage with an image that has haunted me ever since:


...Become aware that God has been expecting you for quite some time in the deepest dungeon of your rubbled-over heart. Become aware that he has been quietly listening for a long time whether you, after all the busy noise of your life, and all the idle talk that you called your illusion-free philosophy of life, or perhaps even your prayer during which you only talked to yourself, after all the despaired weeping and mute groaning about the need of your life, whether you finally could be silent before him and let him speak the word, the word that seemed only to be like a deadly silence to the earlier person who was you.

The image of the "rubbled-over heart," drawn from Rahner's own memories of women and men being sealed in the cellars of their houses during German bombing raids, described perfectly my own spirit at that time. 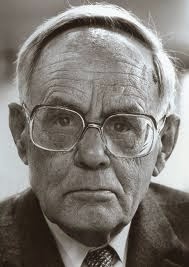 I am passionate about theology, a passion I owe greatly to Rahner, because he gave me the courage to confront my "rubbled-over heart" and in that cramped and confined space, helped me to pray. No fireworks. No mystical visions. Simply the total silence of being with the Holy One in the depths of my interiority.

Saint Ignatius believed we could find God in all things. Karl Rahner helped me to find God in the most unexpected of places: my heart. How, then, could I not trust Rahner to lead and guide me through theological reflection? I would never insult the great theologian by claiming to be a "Rahnerian." Instead, I would like to think I have something of Rahner's intrepid spirit to ask, and pursue, questions wherever they lead me...because I am confident that the same God who dwells within my heart animates and directs
the questions of my mind.

I cannot express how excited I am this morning. This is, I believe, my 1152 blog post and I can't begin to imagine how many posts over the last decade have been influenced or inspired by my theological interests. Questions and ideas arising in these pages will continue, no doubt, to inform and shape the way I pursue my studies. Again, all I can say is that I am so grateful to have this opportunity to immerse myself in the studies for which I am passionate and hope that I'll be able to share this passion for discovering the God of the "rubbled-over heart" with others.
at February 11, 2014 No comments:

....but what will the neighbors say?

In the wake of Philip Seymour Hoffman's death last week, there has been no shortage of stories addressing the alarming rise in the use of heroin, especially among teenagers. CNN provides a "snapshot" of the epidemic in a story focusing on heroin use among teens in Long Island. 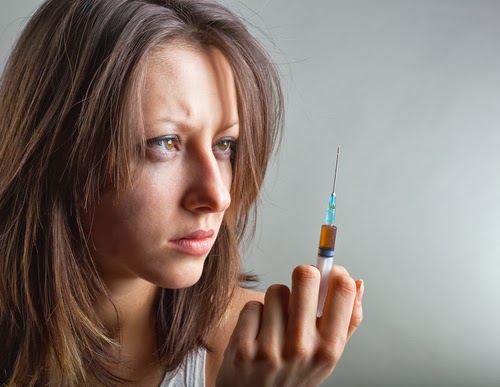 Tellingly the author writes, "Parents are caught between denial and shame over the
stigma of having a heroin-addicted child."

This makes sense: what community isn't proud when the local kid succeeds by getting to play a professional sport, getting into medical school, or achieving success in some field? It's easier to say to friends, "My son the lawyer" or "My daughter the professor" than it is to say "My son who struggles with addiction."

This may arise from a "But what will the neighbors say?" mentality. I've seen it with families where a child is gay or lesbian; where a child struggles with alcohol or drugs; where kids struggle with depression or anxiety. Such pressure can be placed on parents, on families, to maintain the "perfect image" that it breeds an atmosphere of shame and silence.

This has led me to begin to think of "sin" as a form of un-making. Rather than thinking of it as notches in God's great tally book, it may be far more helpful to consider sin as how one's actions actually un-make us.

The Catholic Church has learned, painfully, the deep pain of maintaining silence, of putting its appearance above its responsibility to care for those in need. The heinous evil of child sexual abuse was only exacerbated by the corporate silence that has led to the un-making of the Catholic Church. Consequently, it will take time, penance, and God's grace for the Church to regain a voice of solid moral authority in the world.

Hardly any one of us is innocent of this. We are, all of us, implicated in this form of silent unmaking.

In the case of drug and alcohol abuse, especially among teens, I'm not saying they are without responsibility. And yet, once the addiction has set in, it makes no difference how they became addicted (we need to look at many factors that contributed to the initial act of trying it). All that matters is that they are addicted and that, if we do not act, the substance will rule the person's life and eventually destroy it. 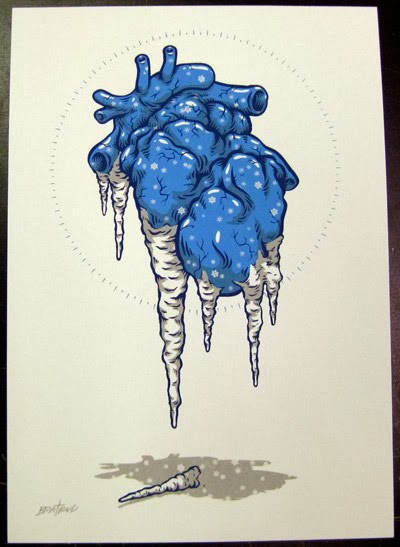 If our culture is one wherein family's must fear judgment and shaming on account of their children, this is a mark of a deep and perhaps unrecognized sinfulness we must address. If we have sisters and brothers struggling with addiction, how does shaming them help? How does stigma help? They do not.

The thought of anyone suffering in silence for fear of shame or disgrace saddens me. What sort of society or church do we live in where we communicate that it is better to suffer in silence, to be systematically un-made, than it is to seek the help and healing one needs?

If fear of judgment or shame lead families or addicts to keep silent, then they are but part of a larger problem. If this is the culture to which we contribute, a culture that permits and promotes the silent un-making of our sisters and brothers, then we are ourselves scarred with a terrible sin that is slowly un-making us as we turn a cold heart to those most in need.

I have been, since October, facilitating the RCIA at Saint Cecilia Parish in Boston. Each week we begin our class with ten minutes of silent prayer with Scripture followed by a presentation and discussion. For me, at least, the ninety minutes fly by.

Recently, it occurred to me that there were certain things not contained in traditional lesson plans that really do need to be shared. Thus, I have assembled a few bits of practical wisdom and submit them to the masses for consideration:

These are just a few random thoughts: I'm sure there are more, but I'd need my second cup of coffee to write them out. These aren't the points of irritation of an old curmudgeon but, rather, observations of a guy who likes to pray and is helping a group of RCIA candidates enter into the wild and wooly world of Catholicism!
at February 07, 2014 No comments: